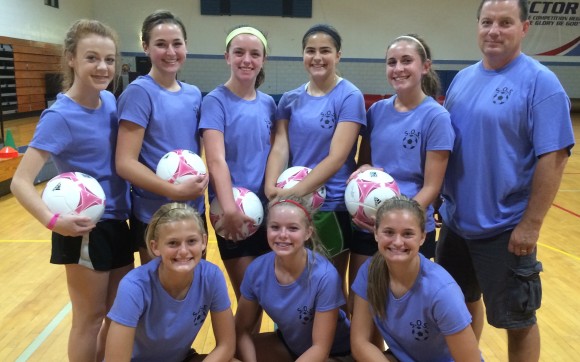 August 27, 2014 — MARYVILLE, IL —- An idea started in 2013 became a reality on a recent August weekend as the Sisterhood of Soccer (SOS) held its first soccer camp for girls at the Jackie Joyner-Kersee (JJK) Center in East St. Louis.

The Sisterhood of Soccer focuses on making a difference in the lives of girls through the sport of soccer.  Sisters Abby and Ellie Crabtree of Edwardsville developed the idea and recruited other girls who play on their select soccer team to be camp coaches.

“We wanted to share our experiences and help girls develop not only soccer skills, but also life skills,” says Abby.  “We hope to connect with the girls and be like big sisters to them.”

“These girls could have been at the first football tonight, but they are here to share their skills and ideas with these younger girls,” says Jon Wagner, SOS adult coordinator and father of one of the coaches.

“This camp was great for the girls and a real help in our continuing effort to develop soccer in East St. Louis,” says Shavon Wilson, (Title), JJK Center.

Food, drinks and t-shirts were provided by the Bob Emig Foundation, which helps support  the new soccer program started at the JJK Center in Fall of 2013.  “The purpose of the Sisterhood of Soccer aligns with our foundation’s goal of “going beyond the game” to help youth develop as athletes and people as they learn sport and life skills,” says Camille Emig-Hill, chairman of the board of the Bob Emig Foundation.  “We also see this camp as a way to continue the development of soccer in East St. Louis, one of my husband’s dreams.” 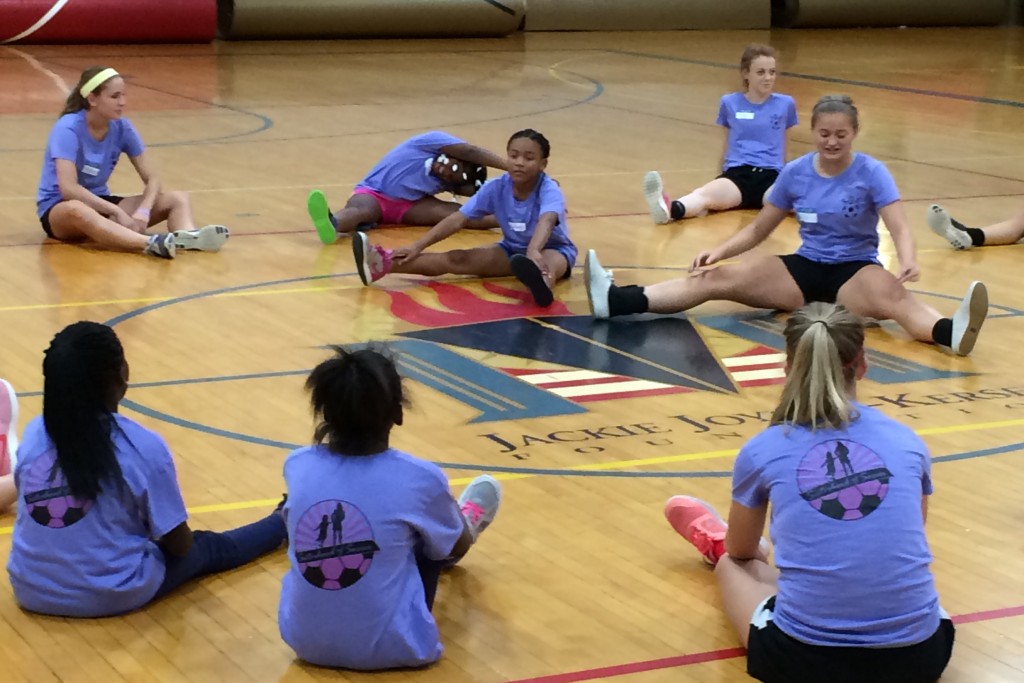 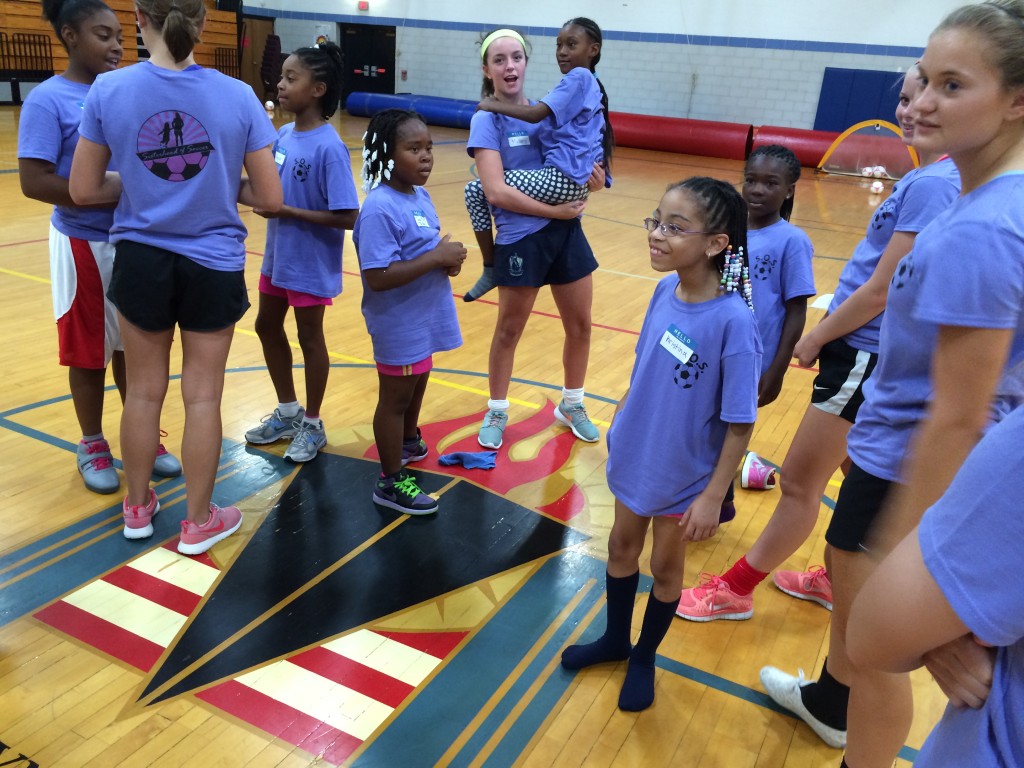