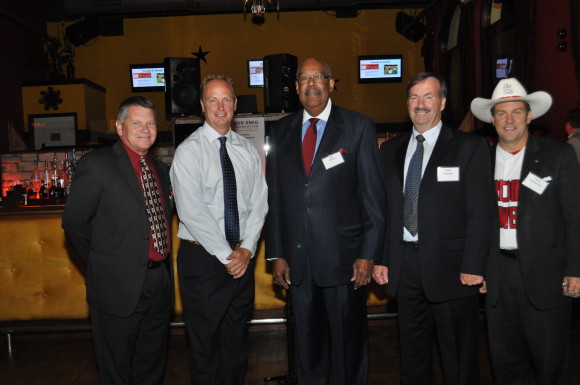 A former professional soccer player.  A “cowboy” who uses his special talents to mentor youth.   A coach and mentor who has spent countless hours developing youth through sports.  A dedicated volunteer who has spent decades developing youth soccer programs including those for special needs children.  These are the honorees that were recognized at the Bob Emig Foundation Celebrating Leaders in Youth Sports event held Thursday, October 1, 2015 at Horizon at Harry’s in Downtown St. Louis. 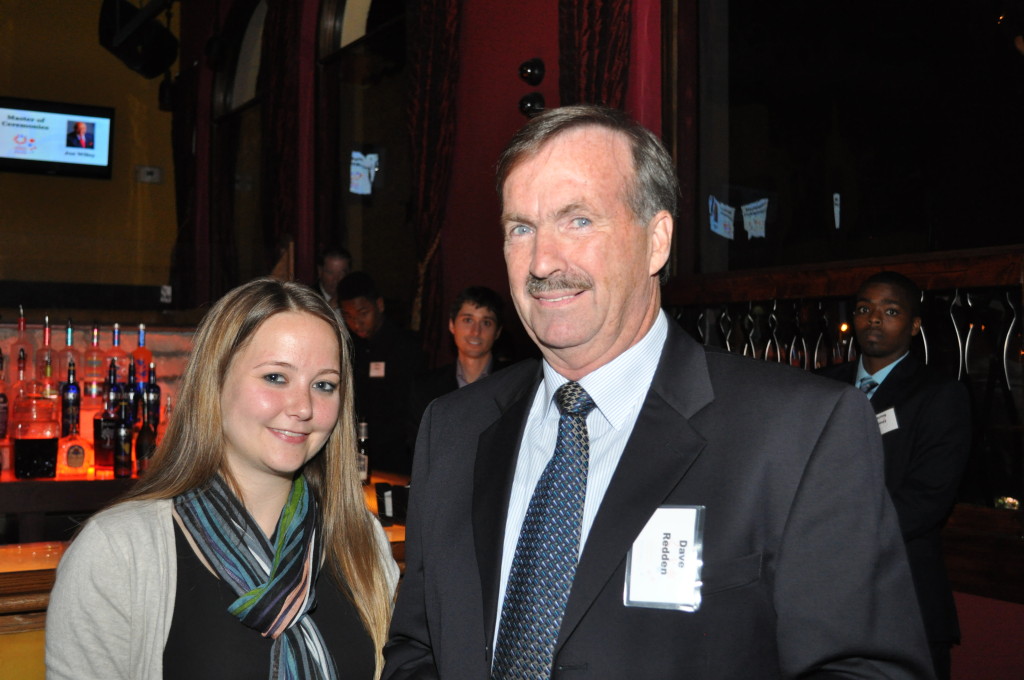 The Jim Emig coach award honoree is Dave Redden, a longtime area coach, teacher and basketball referee.  Dave recently retired as athletic director at Metro East Lutheran High School.  Under Dave’s watch, many of the athletic teams at Metro East Lutheran have progressed from perennial also-rans to contenders, and even powers. Among his recent accomplishments was getting the Knights into the revamped Prairie State Conference and the decision to co-op with Madison High School in football.  His foresight and determination helped save the Knights’ football program and gave the athletes at Madison the opportunity to play the game for the first time in 20 years.

Over the decades, Dave’s inspiration, support and dedication have had a positive impact on the lives of many youth athletes on and off the field.

A $500 donation will be made by the foundation to Trinity Lutheran School in Edwardsville in Dave’s name. 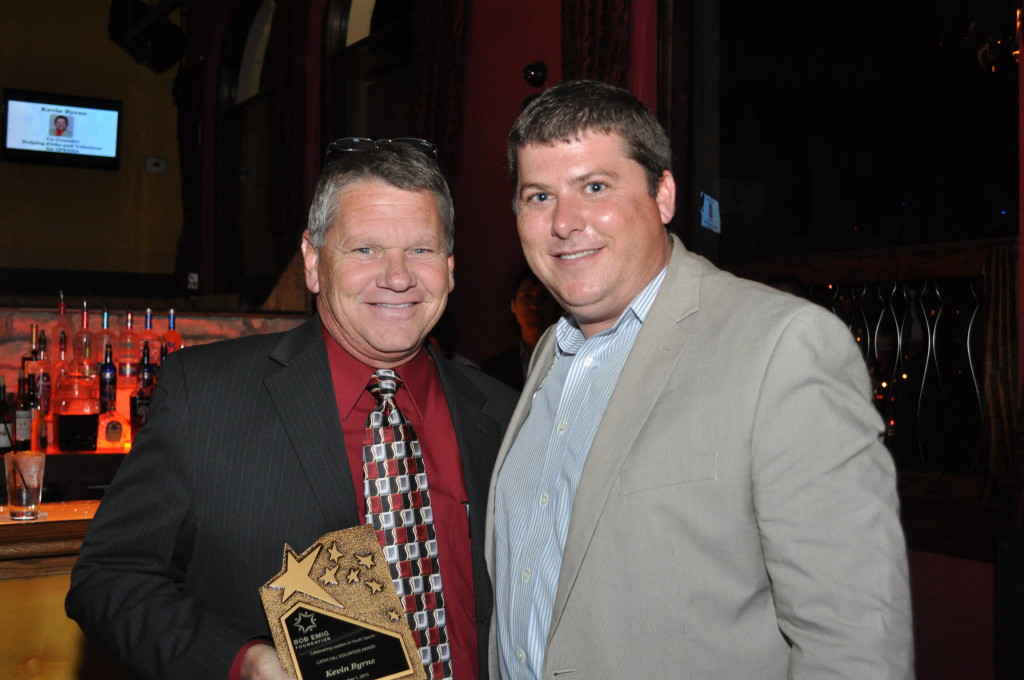 The Cathy Hill volunteer award honoree is Kevin Byrne, who has devoted decades to supporting youth through the sport of soccer.  Kevin helped found the Kolping Kicks Soccer Club and has served that organization since the late 1970s.  For the past 15 years he has also devoted himself to growing the Special Needs Soccer Association, SPENSA, a soccer program for young people with disabilities.  Kevin believes that nothing – certainly not down syndrome, autism or even a wheelchair – should keep a child from experiencing the thrill of kicking a soccer ball down the field or scoring a goal.

This belief, coupled with his passion for the game, has led him to touch the lives of hundreds of youth, by giving them the opportunity to experience the excitement and fun of playing soccer in both the select youth soccer system and the unique environment for special children who did not have a place in the traditional system.  A $500 donation will be made by the foundation in Kevin’s name to  SPENSA. 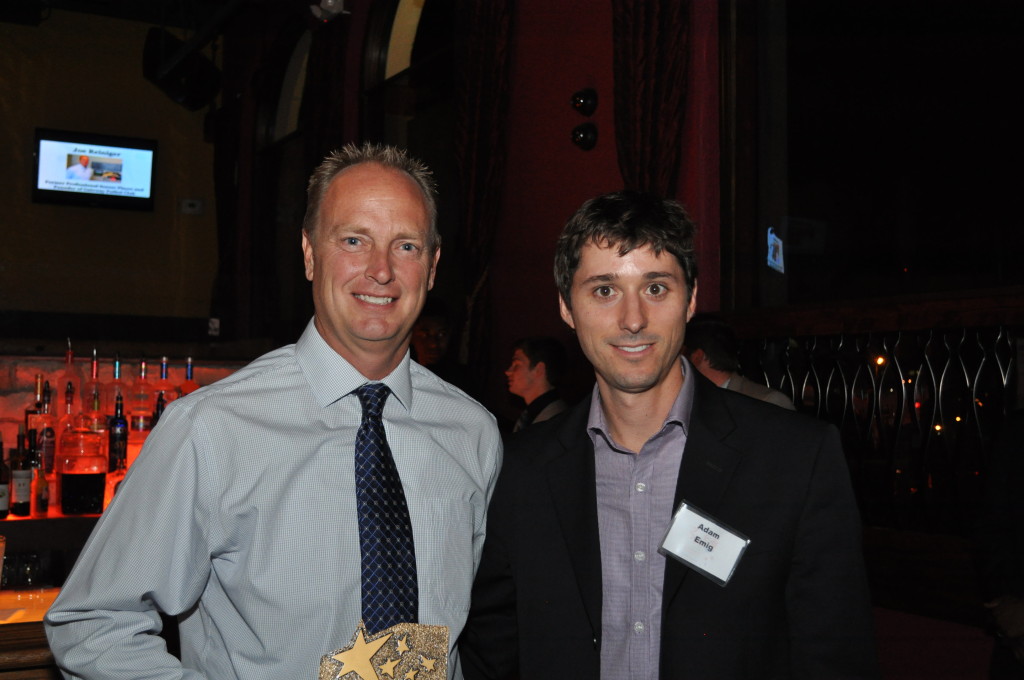 The Todd Bruns athlete award honoree is Joe Reiniger, former professional indoor soccer player and founder of the Gateway Football Club.  Joe played forward for the St. Louis Ambush, Milwaukee Wave and the St. Louis Steamers.  He was selected in the first round of the national premier soccer league amateur draft by the Ambush in 1993, and was named to the 1993-94 NPSL all-rookie team. While playing with the Wave, he was the MVP of the 2001 NPSL championship. He played 13 seasons of professional indoor soccer and was a six-time NPSL/MISL all-star, scoring more than 600 career goals and 1,300 points in his professional soccer career.

One of the most decorated professional soccer players to come out of the Southern Illinois University Edwardsville men’s soccer program, Joe was recently inducted into the SIUE Athletics Hall Of Fame Class of 2015.  He is the no. 4 all-time scorer at SIUE with 37 goals and 19 assists from 1989 to 1992. He led the Cougars in goals scored in three of his four seasons and is fifth all-time in goals scored.

He continues to share his knowledge and enthusiasm for the game in his work with the Gateway Futbol Club, a select soccer club headquartered in Troy, IL.

A $500 donation will be made by the foundation in Joe’s name to the Reiniger Memorial Soccer Park. 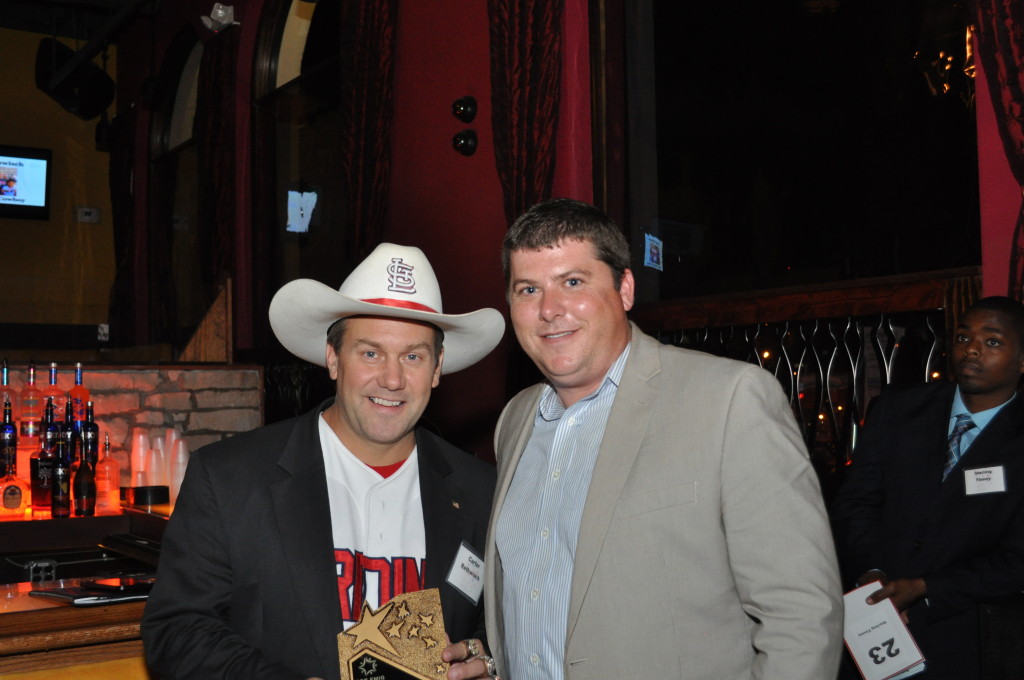 The Bob Emig supporter award honoree is Carter Rethwisch—better known as the Cardinal Cowboy.  Carter is a frequent personality at cardinals games and at charitable events throughout the area.  Carter has devoted his life to helping many youth and other charitable organizations through fundraising efforts and sharing his enthusiasm and positive outlook on life.  His motto “dream…then chase your dream.”

His experience of surviving a tragic car accident at the age of 19 was his inspiration. When he was given a 50/50 chance of survival, his father would not hear of it and instilled in carter a belief that he could return to the life he enjoyed before the accident.  He inspired carter to rid himself of negative thoughts of doubt, failure or mediocrity.  After a long five years of recovery, Carter had to let go of just one dream—to be a professional baseball player.

His turned his tragic experience into a life of sharing with others his excitement for life, beating the odds and fulfilling your dreams—messages especially important to youth.

A $500 donation will be made by the foundation to the Boys and Girls Club of St. Charles, Mo.  In Carter’s name.